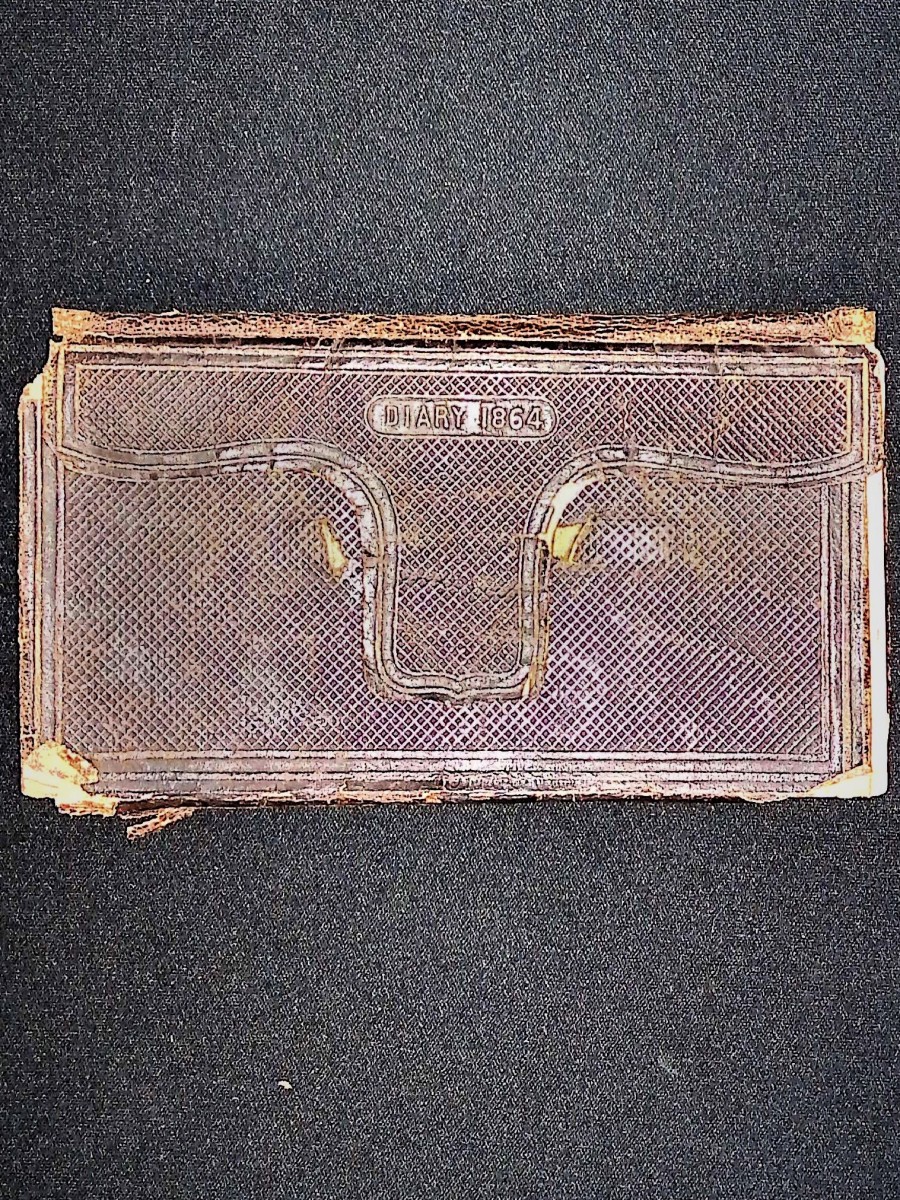 Wilkes University Archives has a guest blog post written by Ryan Mercer, a Senior History Major with minors in Sociology and Women’s and Gender Studies at Wilkes University. After graduation, Ryan hopes to find a job in the field and continue on to graduate school. In the future he hopes to be able to travel extensively.

In Summer, 2021, Ryan processed and transcribed the Civil War Diary of Alfred W. Shollenberger. The finding aid, digitized diary, and original and edited transcriptions can be located here. Below are his reflections.

During Summer 2021 I had the opportunity to transcribe the Civil War journal of Alfred W. Shollenberger. Reading about some of the major events of the Civil War through the daily musings of an engineer working with the Union Army provided an interesting perspective and reminded me of the human aspect of the conflict, something often overlooked in typical narratives of the civil war.

Alfred W. Shollenberger was born in Hamburg, Bucks County, Pennsylvania in 1839 to his parents Joseph Shollenberger and Sarah Wolff. He had three sisters, one of whom died during childhood. Not much is known about Alfred’s early life, however we do know he became a carpenter and did engineering work during the Civil War. Alfred married his wife, Mary Ann Holton sometime in 1863, prior to his deployment. Once he returned from the war, they had six children together. Alfred passed away on November 26, 1915 at the age of 76. His journal was likely passed down through his family, as it eventually came into the possession of Sara Hummel Rynkiewicz, the sister-in-law of Alfred’s youngest son, Leroy Charles Shollenberger.

As mentioned before, Alfred was an engineer rather than a “traditional” infantry soldier during the Civil War. Based on the contents of his diary, he primarily did construction work on roads, railroads, bridges, and other infrastructure such as at the wharfs in Washington DC and Alexandria, Virginia. Though often overlooked, the engineering work of Alfred and those like him was absolutely critical to the success of the Union Army in defeating the Confederates. Without adequate transportation, supply lines and infrastructure, the outcomes of many battles could have been much different. Alfred was even involved in work on the defenses of Washington DC, which proved necessary during Confederate General Jubal Early’s attack on Washington in 1864.

Alfred’s journal spans from March 31, 1864 to December 19, 1864 and encompasses his entire term of service. Although it is difficult to confirm the exact regiment Alfred was in during the war, it is highly likely based on his obituary and his diary entries that he was a member of the United States Military Railroad Construction Corps. During his term he was mostly based around Washington DC and Alexandria, Virginia as well as the surrounding areas. From his diary entries we can determine that he spent the majority of his time doing construction, and occasionally destruction, work on roads, bridges, railroads, and other infrastructure. For example, in his May 21, 1864 diary entry he writes, “Worked at the Bridge. I got up at 4am and went to work at the Potomac Creek Bridge, putting on the braces. The bridge will be finished tomorrow I think. The wether [weather] today was fine. no news.” Below is the digitized entry along with a Library of Congress photograph of the truss railroad bridge over Potomac Creek that was being constructed in 1863.

He was part of the defense of Washington in 1864 when Jubal Early threatened the capital, and was stationed in the Shenandoah Valley during the pivotal Valley Campaign of 1864. The Union victory there marked the beginning of the end of the Confederate States, as they were cut off from any routes to attack Washington DC. Below is a diary entry from July 31, 1864 in which Alfred writes, “No work today. Loafed about the shanty and wherever we could make ourselves comfortable. The we[a]ther today was very warm. The news is that the Rebels are at Chambersburg and destroyed 250 buildings by fire and then left.” Here Alfred is referring to Confederate General Jubal Early orders to General John McCausland’s burning of Chambersburg, Pennsylvania following a victory in the Shenandoah Valley.

Beyond the events Alfred was personally involved in, he also reported on the news relating to the war. One of the things that most surprised me when going through Alfred’s journal was the speed at which he received news of battles, sometimes even reporting on engagements less than a day after they happened, even from the western front. Some notable events that reached Alfred’s camp were the capture of Atlanta in 1864 (Image 1), the failed Union strategy at the Battle of the Crater (Image 2), the 1864 Confederate raids into Pennsylvania (Image 3), the fighting in and around Petersburg (Image 4 and Image 5), and the sinking of the CSS Alabama off the coast of France (Image 6). While there was one instance of incorrect intelligence in regards to the amount of casualties after one battle, the speed and accuracy of the news reports that reached Alfred is remarkable.

Beyond notable events of the war, Alfred also mentions and was often in the area of many of the most famous figures of the war, including politicians and generals. Alfred was even in Washington DC when President Lincoln and War Secretary Stanton visited Union soldiers, referring to the President simply as “Old Abraham”. He also wrote about the various Union generals in the Virginia region where he was deployed, even recounting other soldier’s opinions of Generals David Hunter and Philip Sheridan, the latter of which was apparently more popular with the soldiers.

Overall, the process of transcribing Alfred Shollenberger’s Civil War Diary was an engaging and enjoyable experience. I was able to look at the conflict from an entirely different perspective, learn more about the importance of engineering work during the Civil War, and was able to preserve a piece of history that will now be accessible to Alfred’s descendants and anyone else who may be interested in reading it.

2 thoughts on “The Role of Engineers in the Civil War: A Closer Look at the Diary of Alfred W. Shollenberger”